Frank Gay Services has expanded our service area to include Lakeland FL and surrounding areas! We look forward to serving you! 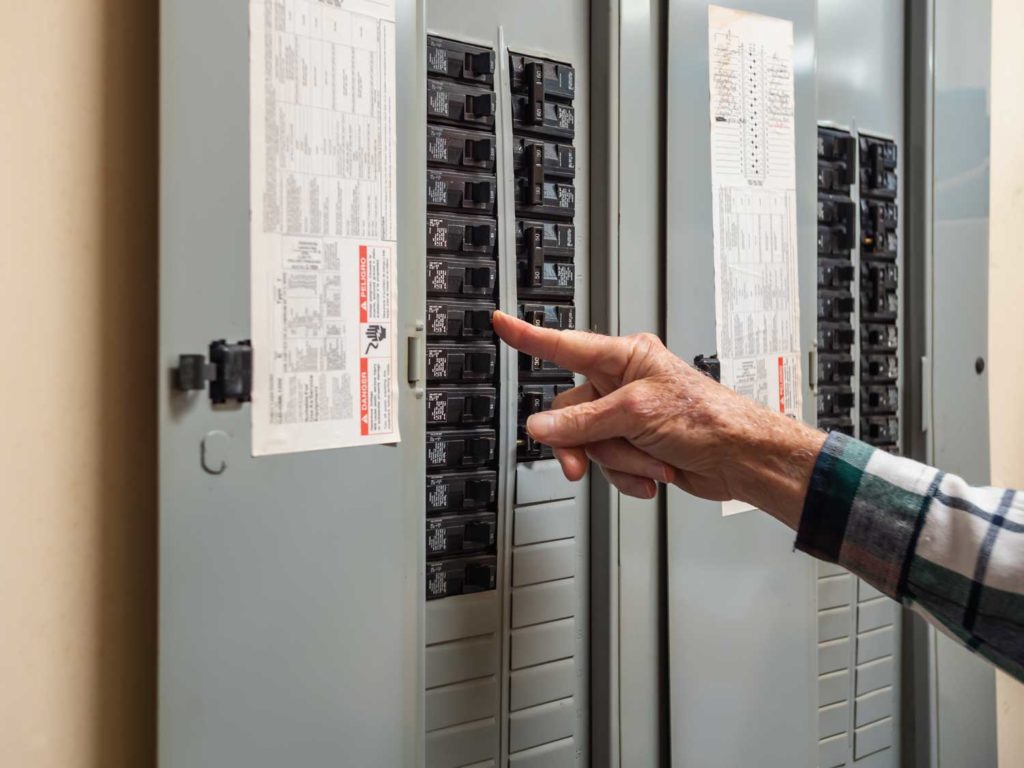 Electrical panels are an extremely important component of your home’s electrical system. They serve as the primary distribution point for the electrical flow to your outlets and appliances. But be warned, some residential electrical panels have been recalled, and some of them could put your home in danger.

Our electricians at Frank Gay Services discuss which electrical panels have been recalled and what you should do if you think you may have an outdated/recalled panel in your home. 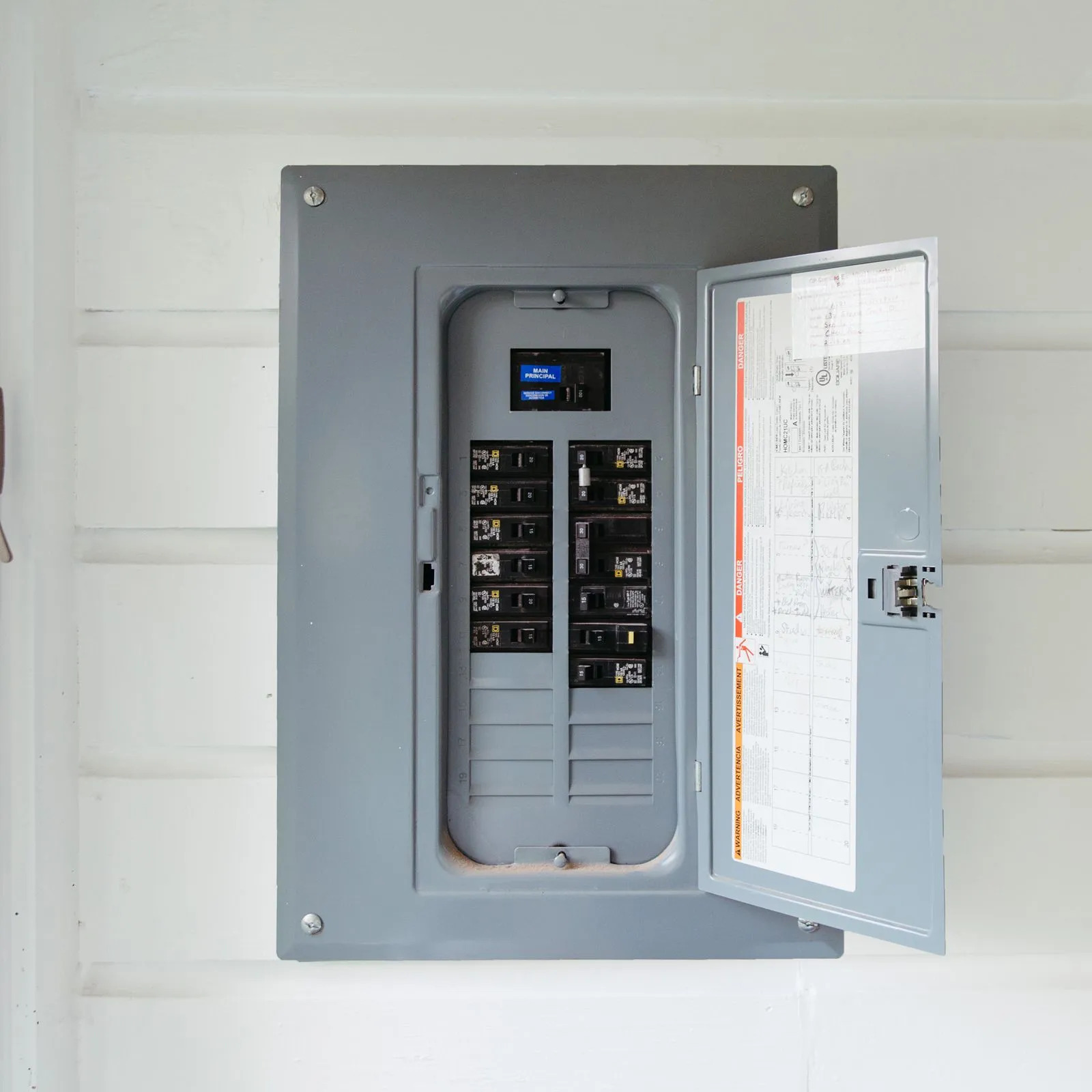 What Are Electrical Panels?

Electrical panels are responsible for distributing electricity throughout your entire home. They’re usually located in the garage or on the side of your house, and they contain circuit breakers that protect your home from power surges.

Schneider Electric, a manufacturer of electrical equipment, issued a product safety bulletin for a voluntary recall of their electrical panels in mid-2022.

The affected Schneider electric panels could potentially cause overheating due to loose connections, with the potential of causing thermal burns and fires.

Some old electrical panels are considered out of date and should be replaced ASAP including:

If you own a home that was built between 1950-1990, there is a good chance that you may have a Federal Pacific circuit breaker, also called Stab-Lok panels. Manufactured by the Federal Pacific Electric company, these breakers are now a safety hazard. They should be replaced with a circuit breaker that meets modern safety standards.

One in four Stab-Lok electrical panels is defective and runs the risk of malfunctions and electrical fire. Due to budget issues, the Consumer Product Safety Commission did not issue a recall, even though a New Jersey court ruled that these faulty breakers did not meet certain safety standards.

While Federal Pacific Electric has been out of business for many years, its panels and breakers are still installed in millions of homes and cause an estimated 2,800 house fires each year.

Many homes built in the 1970s have electrical panels that were manufactured by Zinsco, particularly in the western part of the United States. Unfortunately, they have several design flaws that pose a serious fire hazard. They may even continue to conduct electricity when the breaker appears to be off.

Zinsco was bought out by GTE Sylvania in 1973, so look for the following names:

You can also look for bright red, green, and blue tabs on the individual breakers, but Zinsco panels also have black breakers, so if you are unsure, call in an electrician from Frank Gay Services.

These panels are sometimes labeled as Zinsco and were produced in the 1980s and 1990s. They were widely used in new construction; so if your property is 30-40 years old, they may have been installed.

These panels have been known to cause fires, as they overheat, melting the circuits and the panel.

You may have a Challenger electrical panel if:

Challenger parts can also show up in other electrical panels, including those made by Zinsco and GTE-Sylvania.

Pushmatic electrical panels were popular from 1950-1980. They weren’t known to have any fire hazards during this time, but they are now considered outdated and should be replaced.

Identifying a Pushmatic panel is pretty easy. Unlike most panels that have right to left switches, Pushmatic panels have rectangular buttons that activate or deactivate circuits. 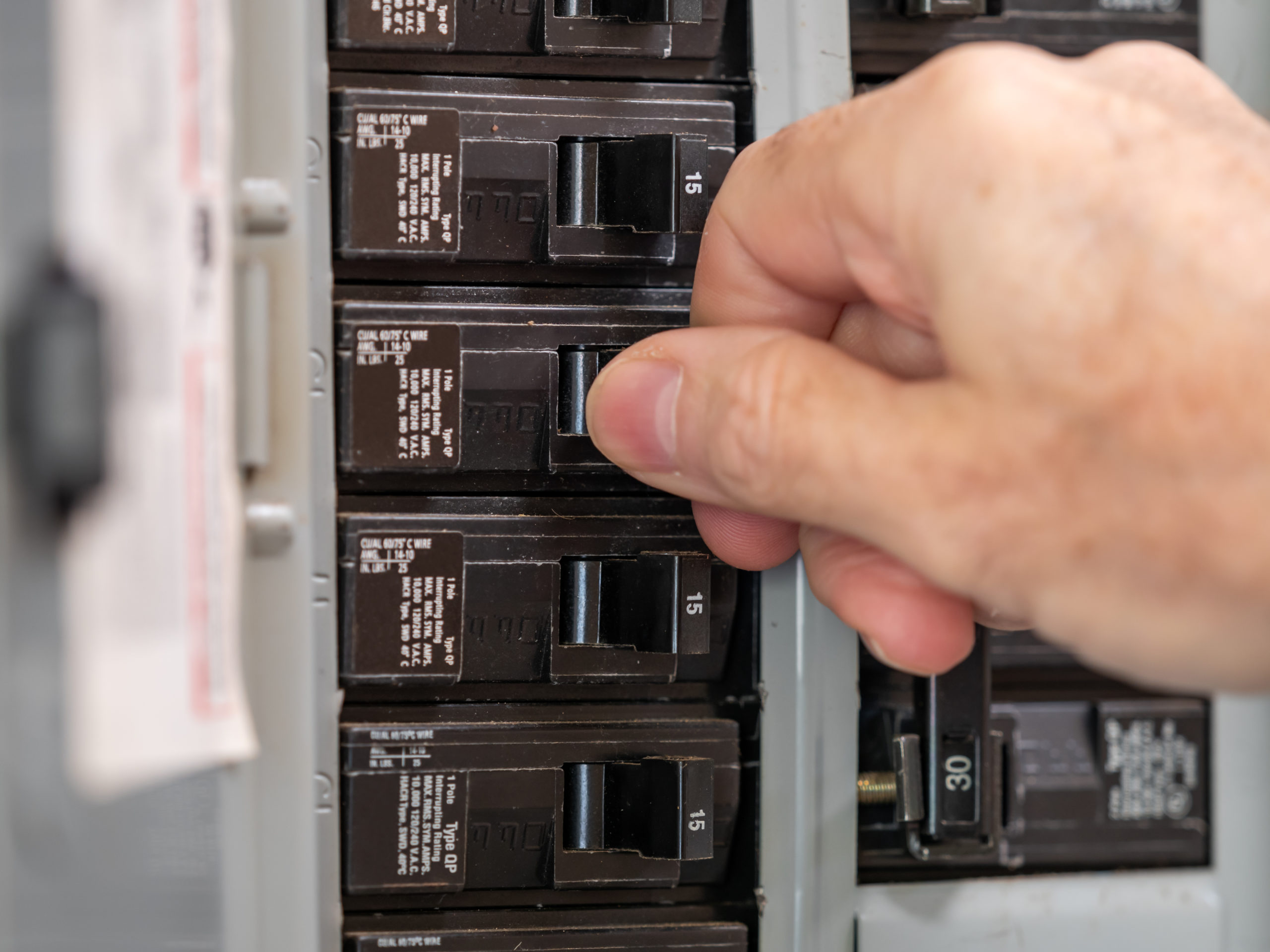 If your home or community installed electrical panel equipment on or after February 2020, you may have Schneider Electric equipment installed. You should call our electricians at Frank Gay Services for an inspection if you are unsure.

Further, if you own an older home, there’s a good chance that your electrical panel is out of date and needs to be replaced.

Why? Old electrical panels, even those that haven’t been recalled, may not be able to handle the demand of today’s appliances and electronics. That’s why it’s so important to get them replaced by a qualified electrician.

Not only will a new panel enhance the safety of your home,

but it will also help you avoid costly repairs down the road.

Next Steps for Homeowners

If you’re not sure what type of electrical panel you have in your home, please contact a licensed electrician to come for an inspection. They’ll be able to tell you if your panel needs to be replaced and can help you choose the right replacement panel for your home.

If you aren’t sure if your home or business’s electrical panels are included in the Schneider Electric or older recalls, contact our team of licensed electricians at Frank Gay Services. We will inspect your panel to ensure that it is safe, and replace it if necessary.

Don’t hesitate. Your home’s safety is at stake. Schedule an electrical inspection with our 5-star rated electricians at Frank Gay Services today; (407) 329-5145!