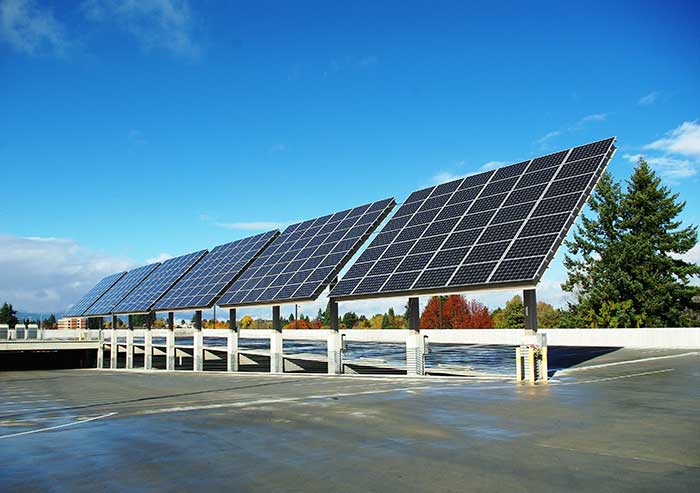 Do you have any idea how much energy the sun pours into this world in just one hour? Enough to power all of humanity for a whole calendar year. Enough to power over 400 quintillion homes!

When you use SUNSOURCE® HOME ENERGY SYSTEM, you make the sun work out for you. They use photovoltaic technology to capture the sun’s energy to meet the energy needs of your home, but also to help preserve what is left of the world’s non-renewable resources. As a matter of fact, one of their standard installations typically saves homeowners anywhere from thirty to sixty percent off of their previous utility bills. Harnessing solar power does more than cut down on our bills though, as producing energy through coal and nuclear resources use lots of water too. Having brought solar to our home means we might save the world thousands of gallons of water each year too!

Just How Do Solar Panels Do Their Job?

A typical solar installation is comprised of a multitude of modules that are aluminum framed. Every module has photovoltaic cells, also known as PV cells. When the sun is shining, each PV cell immediately turns light into electricity. It is the light that matters, as the heat is not used.

PC cells have a top layer of phosphorus-diffused silicon. It carries what is known as free electrons. There is also a thicker layer, a boron-doped bottom that has surface areas free of electrons. Precision manufacturing of such PV cells creates an electronic imbalance between the top and bottom layers. This creates an effect at a molecular level, where photons of light that come into contact with the cell wind up bumping electrons from the semiconductor’s negative layer into the positive layer. That bumping action and activity essential creates an actual electrical current since the electrons eventually flow into the metal contacts as such. They then flow into a 60-cell module closed loop or circuit through a bottom solid contact layer.

How Can This Help Your Business Or Home?

Once the sun activates the cells of the solar modules, then the generated current goes through a wire conduit that leads to the inverter installed. This particular piece of hardware is named for the function it provides, namely inverting DC, or direct current with a fixed voltage and current, into AC, or alternating current whose voltage and current oscillate. AC is what you use in your home or business via the wall sockets to power things. Thus, the inverter is what turns the captured electricity of the sun into the juice you need to watch TV, cook popcorn in the microwave, watch cat videos online, and whatever else you need electricity for.

Why Did We Choose SUNSOURCE® HOME ENERGY SYSTEM?

We chose to use SUNSOURCE® HOME ENERGY SYSTEM because we think they are the best player in our market. If you decide to make the switch to solar power, then you’re basically locking in your power costs against the possible future rises. It’s something that saves you a little money now and a lot later on. SUNSOURCE® HOME ENERGY SYSTEM has more experience than any other Orlando-regional option in the solar industry, and they can cut your utility bills while also minimizing your carbon footprint.

Don’t call solar alternative energy, because the sun was the original source of energy for this world long before humanity used anything else.