Frank Gay Services has expanded our service area to include Lakeland FL and surrounding areas! We look forward to serving you!

Designed to deliver a complete, powerful flush every time. Many of the new Toilets on the market like KOHLER® toilets rinse the bowl surface with every flush. Each toilet is designed to maximize water flow to provide
cleanliness and efficiency with every rinse of the bowl. Water delivery is precision-designed to make our toilets virtually block-free. Great performance comes down to the ideal combination of power, cleanliness and blockage
resistance. Get your existing Toilet Repaired or choose from almost limitless Toilet designs and brands to be installed by Frank Gay Plumbing Services. 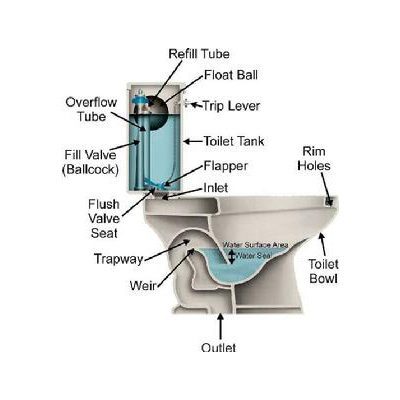 The toilet tank is where all the major plumbing takes place in a toilet system. The purpose of the toilet tank is to contain the water needed to flush the toilet and to conceal the plumbing inner workings that fills and empties
the tank.Open any two toilet tanks and you’ll often find very different components inside. Why? Well new technologies and materials have evolved over the past several decades, but in the end, there are just two major
components with several variations.

The Flush Valve is what releases the water stored in the tank, closes the flow of water into the toilet and allows the tank to refill for the next use. It is the assembly that bolts to the bottom of the tank and includes the
overflow pipe and the valve seat. The flush valve has two common variations used to seal the valve seat: Tapered Rubber Float Ball or Flapper Ball (tank flapper) 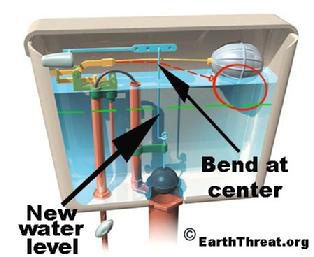 One of the most effective ways to add significant value to your home as well as personal appeal is to update your bathroom. Replacing old toilet with a modern toilet can make the bathroom look more inviting for your family and,
if the situation arises, potential buyers.

At Frank Gay Plumbing, we’ve been helping residential homeowners for 35+ years. We offer years of experience, and work to enhance the beauty in the most important spaces in your home. Our trucks are stocked with beautiful, and
efficient toilets, however, we will install ANY kind of brand or style you.

We offer the best plumbing services. Here’s a breakdown of what service we provide…

Frank Gay Plumbing is a full service company active in the Residential and Commercial Service markets in Orlando, and Tampa. We offer repair and replacement Plumbing Services 24 Hours a Day, 7 Days a week, with a genuine
commitment to professional & personalized service. With proven Plumbing Service Business experience, we have earned a stellar reputation as The #1 Plumbers In Orlando !

There are many things in life that you have to wait for, A plumber shouldn’t be one of them. When you need a plumber, chances are it’s an emergency. At Frank Gay Plumbing, we understand this. That is why we respond
quickly, with a staff of highly skilled plumbers that undergo the latest training in all kinds of new methods in plumbing repair and installation.